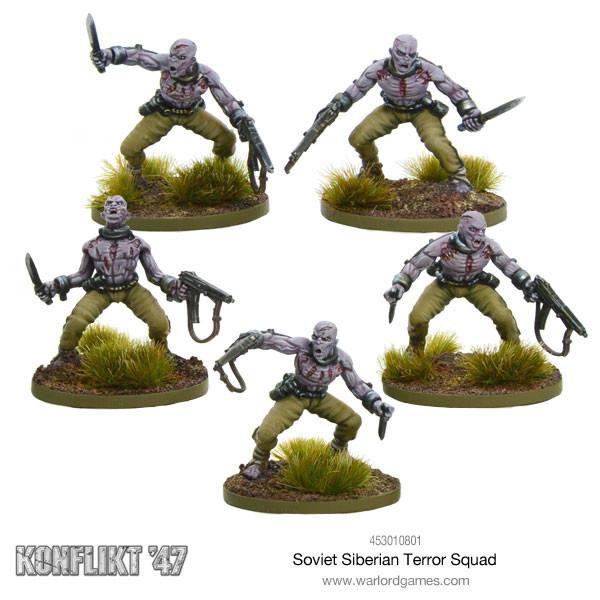 Through a combination of espionage, scientific exploitation of prisoners, and defecting scientists, the Soviet Union gained substantial knowledge of the German super-soldier and genesplicing programmes and produced its own versions of DNA enhanced soldiers. In an effort to make soldiers immune to the cold, a method of making monsters out of men was discovered. With a form of anti-freeze in their veins, these ‘ghouls’ are immune to cold and fire and have a freezing touch that can cause immediate damage.