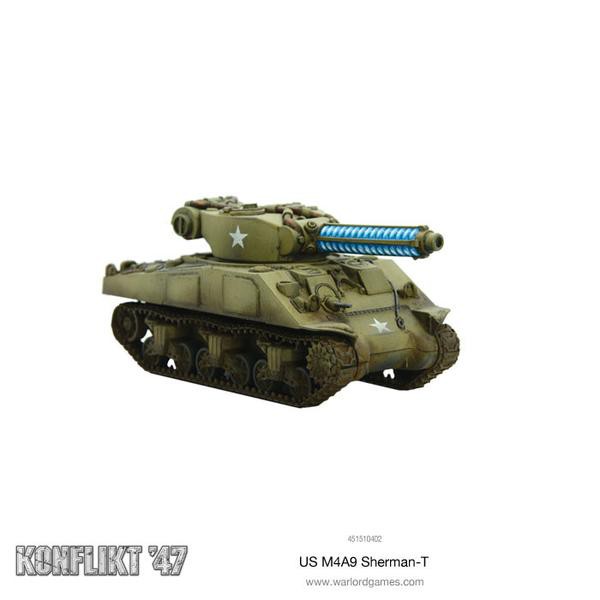 As US scientists struggled to perfect the first weaponised application of Rift-tech knowledge, much effort was devoted to an enhanced weapon capable of defeating heavy German and Soviet armoured vehicles. After much trial and error, the Tesla Cannon was fielded on a standard Sherman M4A3 chassis to great effect.