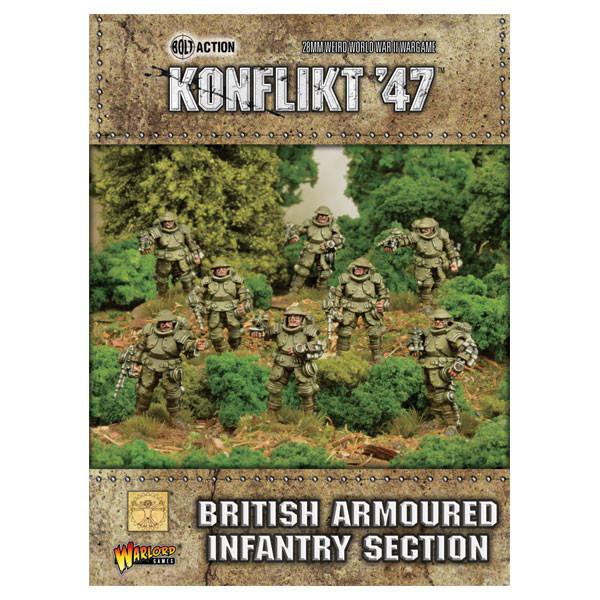 As most nations began adopting heavily-armoured infantry, the British took a more extreme view. With automatons providing close fire support to the infantry, it was decided that any armoured troops should be capable of providing a punch beyond that of current infantry. Therefore the British developed the Galahad Armoured Suits, intended to overwhelm opposition strong points. Although limited in number, careful and considered use has meant they have a growing and largely victorious reputation.