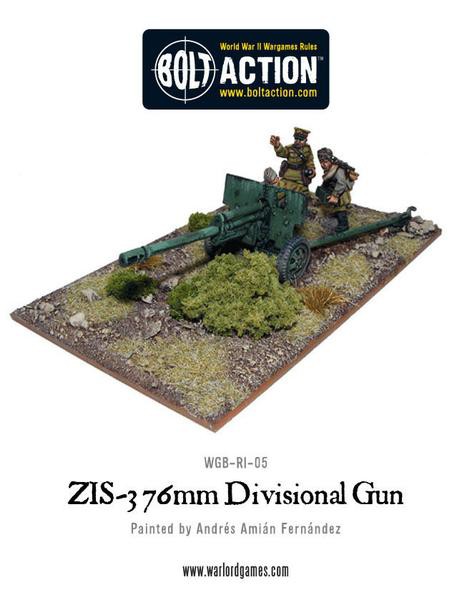 The 76mm was the backbone in many ways of the Soviet field guns. Capable of accurate direct fire and also as a howitzer, the 76mm was a classic in design and was universally used by the Russian armies even though the Korean War and beyond.

Classic Soviet artillery piece, the 76mm ZIS3 divisional gun, commander and two crew figures. This gun was made in the thousands and can be used in artillery support or anti-tank roles.