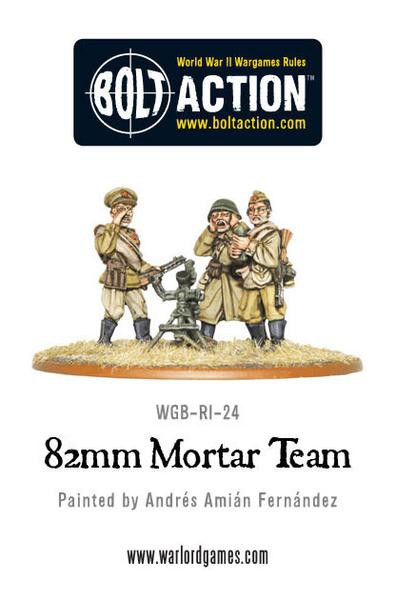 Like most countries in WW2 the Russians fielded masses of mortars and artillery, the “Gods of War” as Stalin put it. The most common was the 82mm mortar, used throughout the war.  It equipped all manner of Soviet formations, its great rate of fire and simplicity being of great use in repelling the horde.

It is served by 3 crewmen.