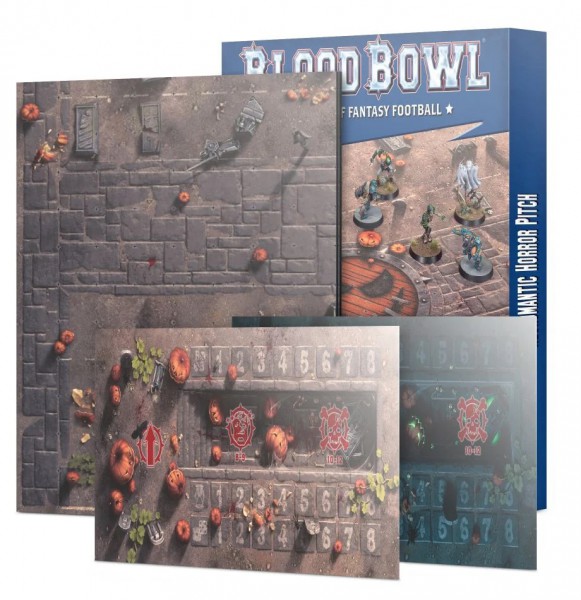 This double-sided board depicts a dusky, barren cemetery pitch on one side, replete with tombs and flagstone walkways, and littered with pumpkins, skulls, and freshly-dug open graves – ready for the next victim. On the other side, the same scene but after the sun has set, with eerie witchfire in the eyes of the pumpkins (and skulls!) and the Necromantic Horror icon in the centre of the field.

The package includes two redesigned dugouts for the new edition of the game. They match the creepy dusk to dawn aesthetics of the pitch – each dugout featuring Score, Turn, and Re-roll trackers, plus Reserves, Knocked-out, and Casualty boxes. You'll also find rules to represent the particular features of both sides of the pitch.