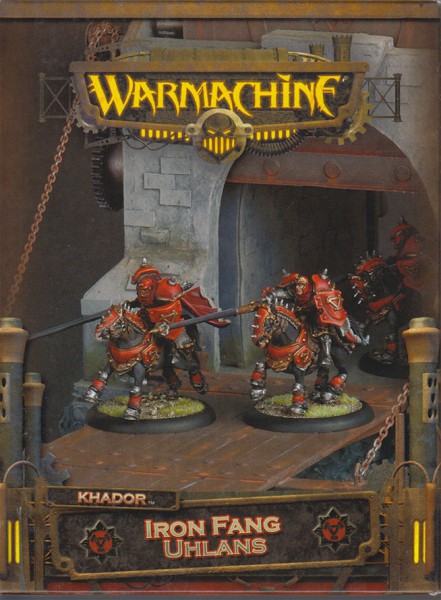 Serving as the  forward fighting arm of an Iron Fang contingent, Iron Fang Uhlans are often the  first to ride into the enemy. These mounted Iron Fangs fluidly ride together  and meld classical horselord cavalry tactics with the shoulder-to-shoulder  fighting formations customary of Iron Fang assaults. The armored horses are so  powerful they have been known to knock warjacks to the ground, and they can easily  crush an enemy's skull under their spike-shod hooves.