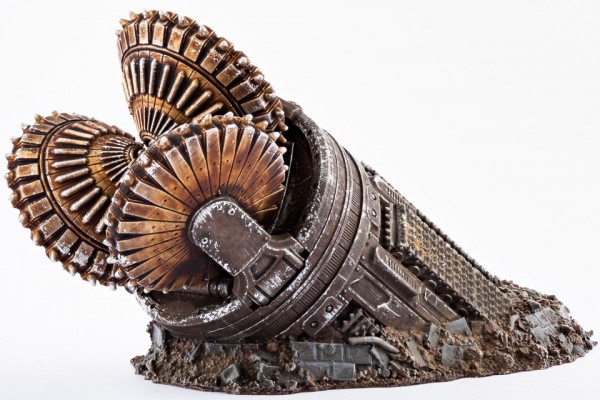 Jessie Adams is a somewhat unorthodox figure for a military leader. Diminutive in stature and approaching 60, her quiet demeanour hides the mind of a brilliant guerrilla fighter and leader of her people. She commands a group of Resistance fighters around the Elysian city of Granum known as the 'Damned' since they spend virtually their entire existence underground. Their military commander has always been referred to as Guide, a title Jessie Adams has held for over two decades. In that time she has become a matriarch to her warriors and an inspiration to all free and civilised humans in Granum. Her long time rivalry with the psychopathic Gunnarr is already well known, as this manic has slaughtered several UCM recon patrols, leading her to explain to her new allies what they are dealing with when it comes to the Feral groups of the city.
Adams is a master of subterranean warfare and is one of the most effective partisan fighters yet encountered by the UCM. She has an intense hatred for the Scourge, eclipsed only by her loathing of those that have degenerated to savagery, regarding them as traitors to their own humanity. She is not a physical warrior though, and prefers to direct battles from the tunnels themselves, where she can use her towering intellect to control a variety of unconventional strikes, ambushes and traps for unwary enemies.